Open up any phone book and you will likely come across an abundance of private investigators that provide general services. They may help clients find information on a missing loved one; they may gather information for clients embroiled in a child custody battle or divorce; or they may assist businesses in locating customers who refuse to pay a debt.

Private investigators are often brought in to help either clients or lawyers prepare for court cases. They may conduct surveillance, interview people, and perform research for parties in litigation. Legal investigators often have extensive experience in the court system, as they must understand the laws surrounding evidence in court procedures and what can and cannot be admitted into a court of law.

Corporate investigators, who are often hired by large, private corporations, are called upon to perform any number of duties, including:

Given the wide use of technology, professionals who can uncover cybercrimes are in high demand. As such, private investigators deal with investigations involving everything from cyber bullying to identity theft. Private investigators are experts in a number of areas, including tracking and retrieving digital information and accessing and analyzing computer hardware and software.

Computer forensic investigators may employ a number of investigative tools to locate files or file fragments, even deleted files, all the while preserving the integrity of the electronic evidence. They may also recover electronic evidence during a computer forensic investigation from any number of devices, including: email servers, hard drives, storage media, databases, web servers, personal digital devices, digital answering machines, zip drives, and digital cameras. 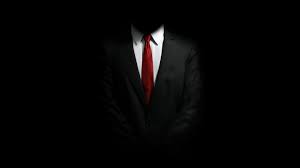